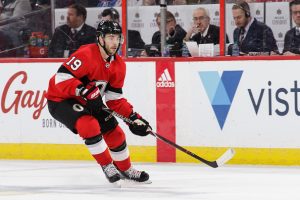 Last Word on Hockey presents The Last Word on Sens Podcast. The latest addition to the stable of LWOH Hockey Podcast Content. Every week Alex Metzger will share his thoughts on the news of the week. This news will generally relate to the Ottawa Senators. He will also have a variety of guests from the world of hockey as well as spending some time on original segments. Sit back, listen, and enjoy some Ottawa news, analysis, and discussion.

Alex is back with another episode before the season starts. Today, he takes a look at the Tyler Motte contract and gives his opinions on the player and what it means for the team. Usually, he would have a guest with him to help break down the signing and give their opinion as well. But today, Alex is going solo. In a much shorter episode than usual, Alex felt it was important to post something but couldn’t find anyone last minute.

After the Tyler Motte deal, Alex switches his focus to two professional tryouts that Ottawa signed. Those are Derick Brassard and Michael Dal Colle. Jumping into why PTOs are a good call for any team, Alex examines both player’s career paths. Obviously, Sens fans know Brassard very well. However, some may not know just how weird of a career he has had since leaving Ottawa in 2018. Alex looks at where both players come from and what their role might be if they were to join the Sens on an actual contract this season.

Who is Alex Metzger? Alex is from the Waterloo region in Ontario, Canada. He grew up playing hockey and shortly after fell in love with analyzing it.  Alex is a die-hard Senators fan and has been his whole life… Despite growing up in the middle of Leaf land. You can find Alex’s work at LastWordOnHockey.com and milehighhockey.com. Also, you can also find him on Twitter @NHLSensandStuff. You can find the podcast on Twitter @LastWordonSens.