The Lakers and Jazz have had some exploratory discussions about a trade involving veteran point guard Russell Westbrook, league sources tell Chris Haynes of Bleacher Report. Although Westbrook has adjusted nicely to a sixth man role this season and hasn’t been cited as trade rumors nearly as often as he was during the offseason, he has “remained available” for trade, according … END_OF_DOCUMENT_TOKEN_TO_BE_REPLACED 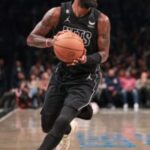 Nets star Kyrie Irving has requested a trade, league sources tell Shams Charania of The Athletic (Twitter link). According to Charania, the Nets have been informed that Irving wants to be dealt prior to next Thursday’s trade deadline and intends to leave in free agency this summer if he remains in Brooklyn for the rest of the season. Although Irving has been repeatedly at the … END_OF_DOCUMENT_TOKEN_TO_BE_REPLACED 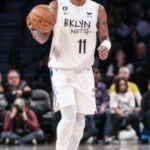 The Lakers and Mavericks are among the teams expected to talk to the Nets before next Thursday’s trade deadline about a possible deal involving Kyrie Irving, according to veteran NBA reporter Marc Stein (Twitter link). In addition to the Lakers and Mavs, the Suns have emerged as a potential suitor for Irving, sources tell Shams Charania of The Athletic (Twitter link). Dan Woike … END_OF_DOCUMENT_TOKEN_TO_BE_REPLACED

After Kyrie Irving‘s agent reached out to the Nets about an extension last week, Brooklyn offered him a deal that included an unlikely incentive based on the team winning a championship, sources tell Chris Haynes of Bleacher Report (Twitter link). Haynes was told that Irving’s camp refused to negotiate after the offer, and now the All-Star guard reportedly won’t re-sign with … END_OF_DOCUMENT_TOKEN_TO_BE_REPLACED 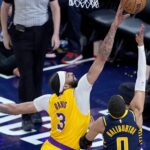 Photo by Dylan Buell/Getty Images Let's go through the film on Anthony Davis’ late-game block against Tyrese Haliburton to save the Lakers against the Pacers. The Los Angeles Lakers are now on a two-game winning streak following an overtime victory at Madison Square Garden vs. the New York Knicks, and following that up with a come-from-behind win against the Indiana … END_OF_DOCUMENT_TOKEN_TO_BE_REPLACED