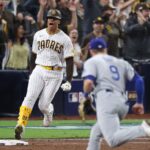 Photo by Denis Poroy/Getty Images The Dodgers are nearly always a lock for the NL West division title, but the San Diego Padres may have finally caught up for good. The Dodgers have had an impressive roster for the last few seasons, but are the San Diego Padres catching up? CBS Sports’ baseball experts are split down the middle on this one. Matt Snyder points out that … END_OF_DOCUMENT_TOKEN_TO_BE_REPLACED 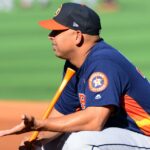 An excerpt of Evan Drellich’s book ‘Winning Fixes Everything’ about the 2017 Astros ran in the Boston Herald on Friday, in which former Houston bench coach Alex Cora, the current Red Sox manager, bragged about the Astros stealing signs against the Dodgers in the World Series that year. “We stole that fucking World Series,” Cora reportedly said, per Drellich. Drellich reported … END_OF_DOCUMENT_TOKEN_TO_BE_REPLACED 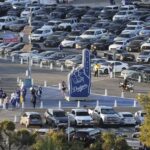 The parking lot of Dodger Stadium | Photo by Keith Birmingham/MediaNews Group/Pasadena Star-News via Getty Images Or a primer of real estate law as to Dodger Stadium The ballgame: developing the parking lots of Dodger Stadium to be more like the Battery in Atlanta It is no secret that Major League owners are trying to model what occurred artificially at Truist Park in … END_OF_DOCUMENT_TOKEN_TO_BE_REPLACED 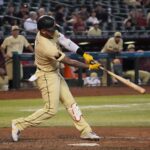 Joe Camporeale-USA TODAY Sports One player from each divisional foe who is likely to improve in 2023 Spring training is nearly here — workouts at Camelback Ranch start in ten days! — and the time for outrageous levels of optimism is now. Health concerns are for the most part just that, and a wide range of outcomes still has best-case scenario as a possibility. In this … END_OF_DOCUMENT_TOKEN_TO_BE_REPLACED 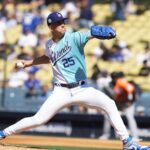 Photo by Keith Birmingham/MediaNews Group/Pasadena Star-News via Getty Images Dodgers pitchers & catchers have first workout on February 16 The Dodgers announced their non-roster invitees to spring training on Friday, with top prospects Bobby Miller and Gavin Stone among the non-roster invitees to major league camp at Camelback Ranch in Arizona. Pitchers and … END_OF_DOCUMENT_TOKEN_TO_BE_REPLACED