Los Angeles Football Club (LAFC) announced today that the Club has signed defender Sergi Palencia to a contract through 2024 with a club option in 202... … END_OF_DOCUMENT_TOKEN_TO_BE_REPLACED 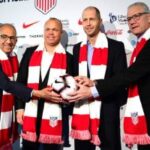 PODCAST – What’s up Internet? On this episode of Last Word Soccer Club Radio, Matt, Rachael, and Ed get together to talk all things U.S. Soccer exodus. We discuss Earnie Stewart and Brian McBride leaving their roles and what comes next as we still don’t have a head coach and Gregg Berhalter is still under investigation. We take whatever conclusions one can from the two January … END_OF_DOCUMENT_TOKEN_TO_BE_REPLACED 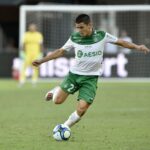 Photo by Randy Litzinger/Icon Sportswire via Getty Images Spanish defender joins from French side Saint-Etienne Just a day after announcing the departure of star striker, Chicho Arango, LAFC announced the arrival of a new signing to help bolster the squad as they look to repeat as MLS CUP Champions. The team announced today the signing of Spanish defender, Sergi … END_OF_DOCUMENT_TOKEN_TO_BE_REPLACED 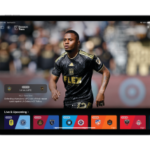