There was plenty to savor for the first-place Boston Bruins when they were in town Jan. 8 to play the Anaheim Ducks. At that point, they hadn’t lost in regulation in almost a month. Hours before the game, the smile of Bruins coach Jim Montgomery grew wider when the subject of Ducks star Troy Terry came up in the hallway outside the visitors’ dressing room at Honda Center. “As a … END_OF_DOCUMENT_TOKEN_TO_BE_REPLACED 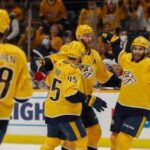 It’s another edition of NHL rumours for your Friday. We’ve got plenty of names that are garnering interest as we race to the March 3 deadline. Some teams have to make hard decisions when it comes to the deadline. A number of clubs are stuck in a kind of hockey purgatory. This means they’re not bad enough to get Connor Bedard and not good enough to contend. Today’s NHL Rumours … END_OF_DOCUMENT_TOKEN_TO_BE_REPLACED 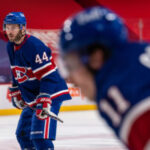 It’s another edition of NHL rumours for you. We’re nearly a month away from the trade deadline and teams are getting into position. Some are in the position to go for it while others are selling off assets. Teams are going to have to decide which category they fall into. One team that will likely sell is the Montreal Canadiens. General manager Kent Hughes could make a Joel … END_OF_DOCUMENT_TOKEN_TO_BE_REPLACED

This was not the news the Vegas Golden Knights needed. In an already injury-plagued season, forward Mark Stone underwent his second back surgery in a calendar year. His return to the lineup is undetermined. Fantasy Hockey Implications Of Mark Stone’s Injury Stone had been a fairly productive fantasy hockey option this season. He’s been a driving force for Vegas and his absence … END_OF_DOCUMENT_TOKEN_TO_BE_REPLACED 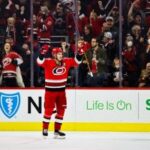 Since the Carolina Hurricanes drafted Sebastian Aho in the second round of the 2015 NHL Draft, he has blossomed into a franchise piece for the team. He is consistently breaking franchise records at only 25 years old. Aho is making a push for the face of the organization and will be a cornerstone for Carolina’s success for years to come. Sebastian Aho Has Taken Over for the … END_OF_DOCUMENT_TOKEN_TO_BE_REPLACED