The Rams opened the season as the sixth-best team in the NFL, according to USA TODAY’s power rankings. It was a fair spot to put Los Angeles before Week 1, given the uncertainty surrounding Matthew Stafford and the defense.

But after the Rams’ dominant 34-14 win over the Bears in the opener, they were bound to move up. Entering Week 2, the Rams have cracked the top three, moving up in Nate Davis’ rankings.

3. Rams (6): The Matthew Stafford-Sean McVay marriage appeared all it was cracked up to be – through one game anyway. Stafford’s Week 1-best 156.1 QB rating is the highest in league history for a player debuting with a new team.

The only teams ahead of the Rams are the Buccaneers (1) and Chiefs (2). The Browns are fourth, followed by the fifth-ranked Saints – who jumped all the way from 16th after their win over the Packers.

Up next for the Rams are the Colts, who they’ll visit on the road in Week 2. That game will be an early 1 p.m. ET kickoff, so that travel and time change will be a test for Los Angeles after a prime-time win over Chicago.

The Colts dropped from 20 to 25 in this week’s power rankings following their 28-16 loss to the Seahawks. They struggled to score against Seattle’s defense, so it could be even tougher for the Colts to move the ball against the Rams’ D.

It’s hard not to like the Rams’ chances in this game, coming in as 4.5-point road favorites. If Matthew Stafford plays the way he did against the Bears, not even the Colts’ defense will be able to slow down Los Angeles’ high-powered offense. 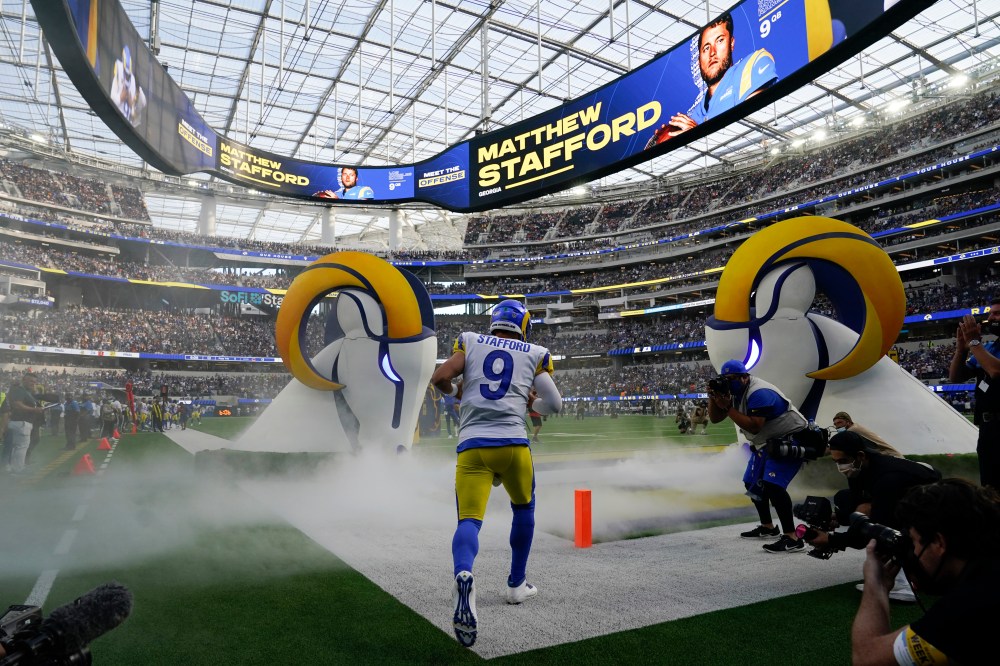