Super Bowl LVI carries some extra intrigue for the Rams this year with the game being played at home in Inglewood. After 54 Super Bowls where a team never played the game at home, the Rams hope to make it two years in a row after the Buccaneers won last year’s title at Raymond James Stadium in Tampa Bay.

But they’re focused on the game that will be played in just over a week, not in five months.

Despite the media constantly asking Rams players and coaches about the possibility of playing Super Bowl LVI at home, Sean McVay has his guys preparing for their Week 1 opponent, the Bears.

“You guys ask our guys all the time about it so they can’t help but answer to it. To me, that’s so far in the distance,” McVay said this week. “Every single year is a new year. What we’re focused on is getting ready to really start our Chicago preparation and when you give yourself a chance to be relevant in those conversations, only if you take care of your business proceeding that. And so that’s where our focus is. That’s where my focus is and that’s where our players are. Now, if you ask them and you say, ‘Hey, do you want to play in the Super Bowl in your home stadium?’ I think everybody would say, ‘yes,’ but they know the way that you get there is by being totally and completely present.”

Players have high expectations for themselves and the team as a whole, with Robert Woods even saying he knows the Rams’ Super Bowl chances are “pretty high.” It’s hard not to think about winning a ring at the magnificent SoFi Stadium, but there are 17 regular-season games and potentially three postseason games before they even reach the Super Bowl.

Jalen Ramsey acknowledged how cool it would be to play in the game at home, saying it gives them added motivation.

“Oh yeah, a little extra, I would say,” he said. “It would be cool to play at your own home stadium for the Super Bowl, but that’s the goal for everybody – is to be playing in February anyway.”

It’ll be in the back of everyone’s mind, especially as the season progresses, but for now, their sights are set on Chicago.

Best photos from Rams’ preseason game against the Broncos 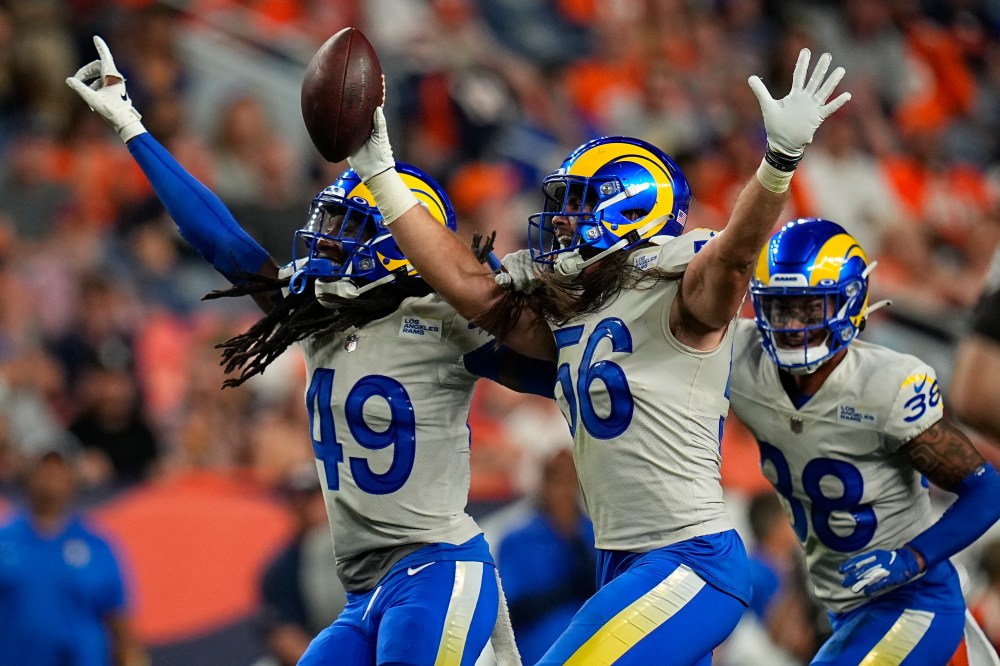