Ernest Jones wasn’t drafted in the third round to be a pass rusher for the Rams. He’s an inside linebacker who excels in traffic and has a nose for the football, racking up 199 total tackles in three seasons at South Carolina.

But in the NFL, the more you can do, the better.

And so Jones is trying to make himself more valuable and versatile to the Rams by working on his pass-rush technique ahead of training camp.

“I’d say pass rushing, helping in that aspect of it,” Jones told reporters Sunday when asked what he’s been working on. “You know, we got (Aaron Donald) so we don’t need too much more of that. But, just developing that area and being able to come off the edge and rush the guards and create pressure – not only just making tackles, but creating pressure all throughout the game.”

Jones only had two sacks in college and 10.5 tackles for a loss, so he’s not the most experienced rusher. But in a 3-4 front, it helps when your inside linebacker can penetrate the line and either force runs outside or pressure the quarterback on passing downs.

When he’s not rushing the passer, Jones will be tasked with tracking down running backs and receivers in the open field. The Rams love the way he pursues ball carriers and always finds the football, which is a special trait for a linebacker.

“I always say that’s just God-given talent,” he said. “It’s just a smoothness inside that box that I just play with. When I need to be aggressive and need to press things, I can do that. But if I can slip and slide you, I’ll do that too. So that’s just, I feel like just a natural ability God gave me.”

Jones has a chance to earn a starting job right out of the gate, but he’ll first need to beat out a group of players that includes Micah Kiser, Troy Reeder, Kenny Young, Travin Howard and Christian Rozeboom. It’s not a star-studded group, but it is one with good depth.

Rams camp preview: Not much clarity at inside linebacker 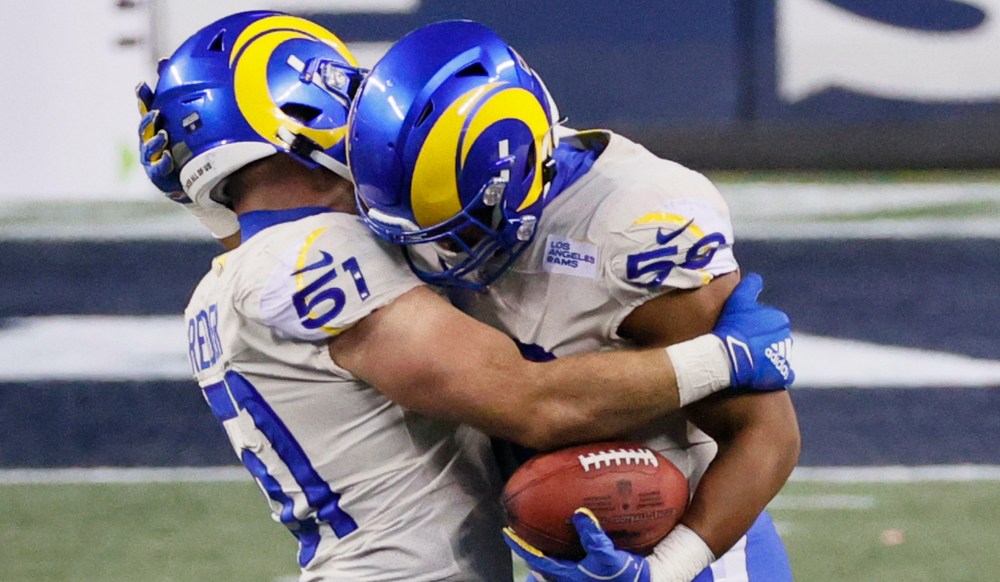