Inside linebacker and center are up there as the Los Angeles Rams’ biggest needs heading into the 2021 NFL draft. Edge rusher could use some attention, too, as could the defensive line. But in Ryan Wilson’s new mock draft for CBS Sports, he goes in a different direction for the Rams.

He has Los Angeles passing on LSU linebacker Jabril Cox in favor of Notre Dame guard Aaron Banks. While guard could be a position of need in 2022 if Austin Corbett leaves, it’s not currently a hole the Rams need to address – unless they plan to move Corbett to center.

Ohio State linebacker Baron Browning and Syracuse cornerback Ifeatu Melifonwu were also on the board at the Rams’ pick in Round 2, but Banks was the pick.

Banks doesn’t have any experience at center and projects best at guard in the NFL. He could be a Day 1 starter for whichever team drafts him, but the Rams might have a hard time finding a spot for him right away if he’s their pick.

As a run blocker, Banks shows good strength and has a big frame, standing 6-foot-5 and 338 pounds. He was an All-American in 2020, so there’s no doubt he played at a high level for the Fighting Irish, but there is still room for improvement – which is why he’s likely to be a Day 2 pick instead of a first-rounder. 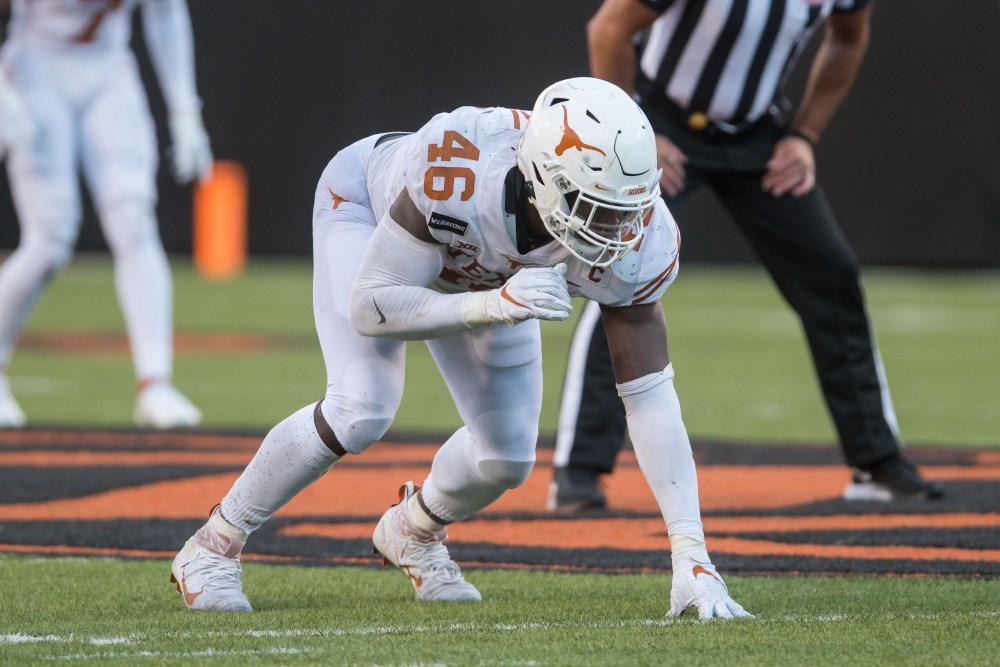