Andrew Whitworth is entering his 16th season in the NFL at the age of 39. He joked on Tuesday that his career has spanned such a long period of time that it could have a driver’s license. That being said, his mindset heading into what could be his last season hasn’t changed.

“I hadn’t even thought about it, that my NFL career could have a driver’s license now,” he joked. “It’s pretty wild.”

There were concerns about how much longer Whitworth would play last season when he suffered MCL and PCL tears. Fortunately, he was able to return for the playoffs and made it clear that he wanted to play another season, which was great news for the Rams.

Entering this season, Whitworth says he’s fully healthy and cleared by the medical staff, and is ready to go.

“Oh yeah. Ready to roll,” he said of whether he’s been cleared.

“Obviously it’s a significant offseason, just from a standpoint with really two ligament tears with the MCL and the PCL,” he said. “Just kind of making sure stability and strength and all those things get back in the leg. Really my focus more this offseason was a little bit of that and keeping my weight down where I’d been at the last couple of years and kind of staying in that range and so feel great, feel good. I’ve tried to give myself enough time where I trained really hard and pushed it really a lot throughout the offseason. In the summer, was a little more of doing conditioning and getting in shape and being ready to really hit that training level again when we got back here. I prepared for that, I’m fresh – mentally, physically, everything and ready for the journey.”

Whitworth has said multiple times in the past that a given season could be his last. He’s passed up retirement the last couple of years, and while he could very well do that again since his contract runs through 2022, this season is shaping up to be his last.

He told Chris Long last month that he believes after this season, he’ll retire. And on Tuesday, he wouldn’t fully commit to that plan, but he did indicate this could be it.

“For me, I’ve loved the game. I’ve always enjoyed playing it. I still have a passion to be really good at it,” he said. “I feel that same way right now. I don’t really see it any different than the last couple of years. I guess a little bit of the gambler spirit. I keep saying at some point you’ve got to hedge your bet that this is the last one. I don’t know when that is but this could be it, but I’ve said that seven or eight times in a row. So, we’ll see.”

If this is the last ride for Whitworth, hopefully the Rams can send him into retirement with a Super Bowl ring.

Rams roster preview: Where LA got better and worse this offseason 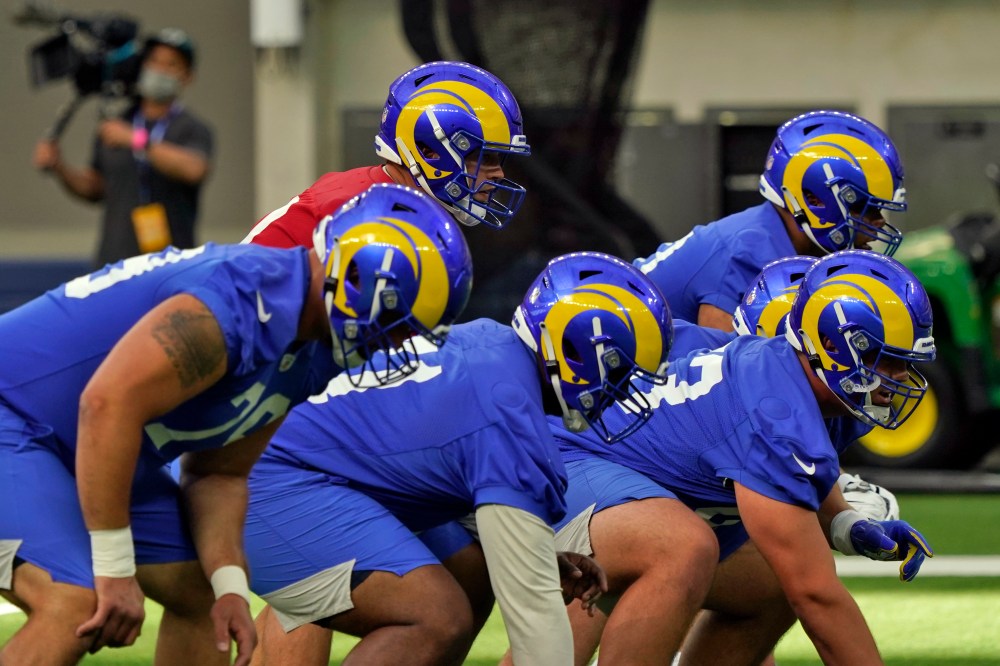