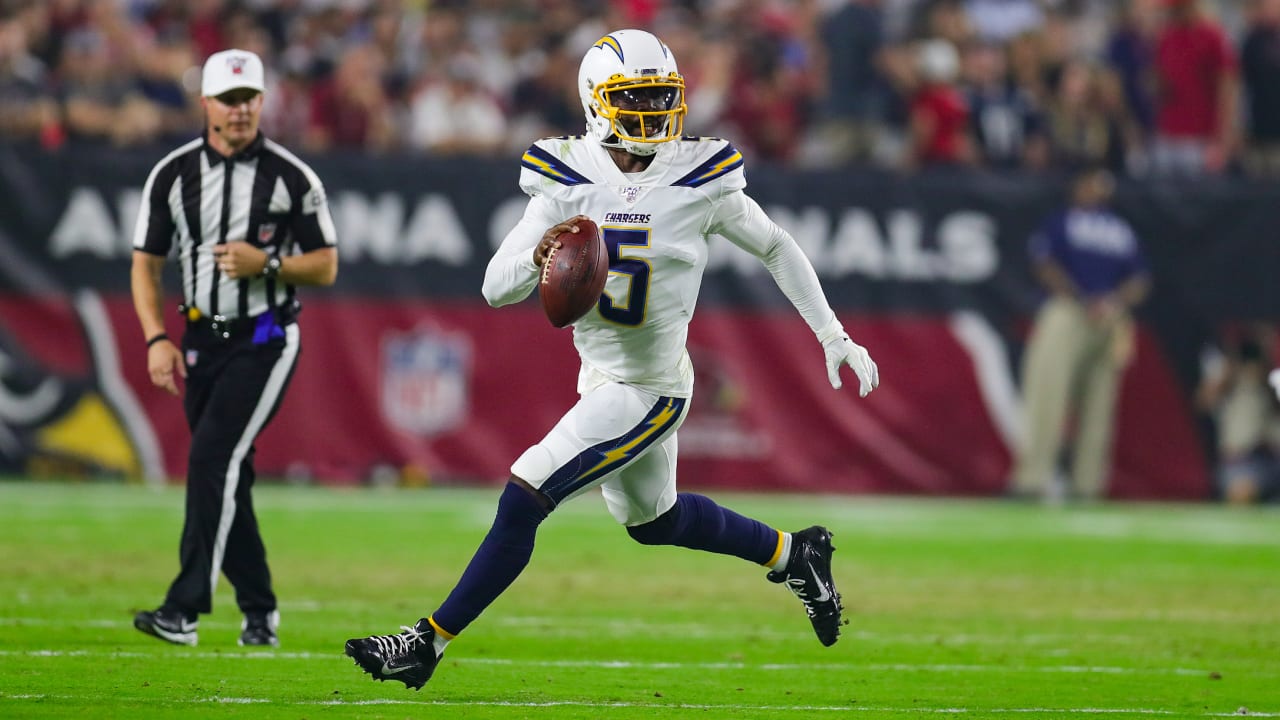 Taylor went back to work, engineering a nine-play, 87-yard drive capped off by a four-yard touchdown rush by running back Justin Jackson. The biggest gain on the drive came courtesy of a 28-yard reception by Mike Williams. Michael Badgley’s extra point gave the Chargers a 7-0 lead.

Taylor finished his night 6-of-6 for 72 yards. He also added 34 rushing yards.

Arizona tied the game before halftime with a 22-yard touchdown pass from quarterback Brett Hundley to wide receiver Trent Sherfield.

Cardale Jones entered the game for Taylor in the second quarter. The third-year player went 4-of-6 for 47 yards before rookie Easton Stick made his NFL debut with 6:16 remaining in the third quarter.

The Cardinals broke the halftime tie with a 55-yard field goal by Zane Gonzalez. A seven-yard touchdown rush by Wes Hills extended the lead to 17-7 after a Stick interception was returned 55 yards.

Redemption came quick for the rookie, though. Stick’s 31-yard touchdown rush on the Chargers’ next possession cut Arizona’s lead to four, but the two-point conversion failed.

Stick went 7-of-11 for 78 yards and an interception. He also added 51 rushing yards and the aforementioned score on two carries.