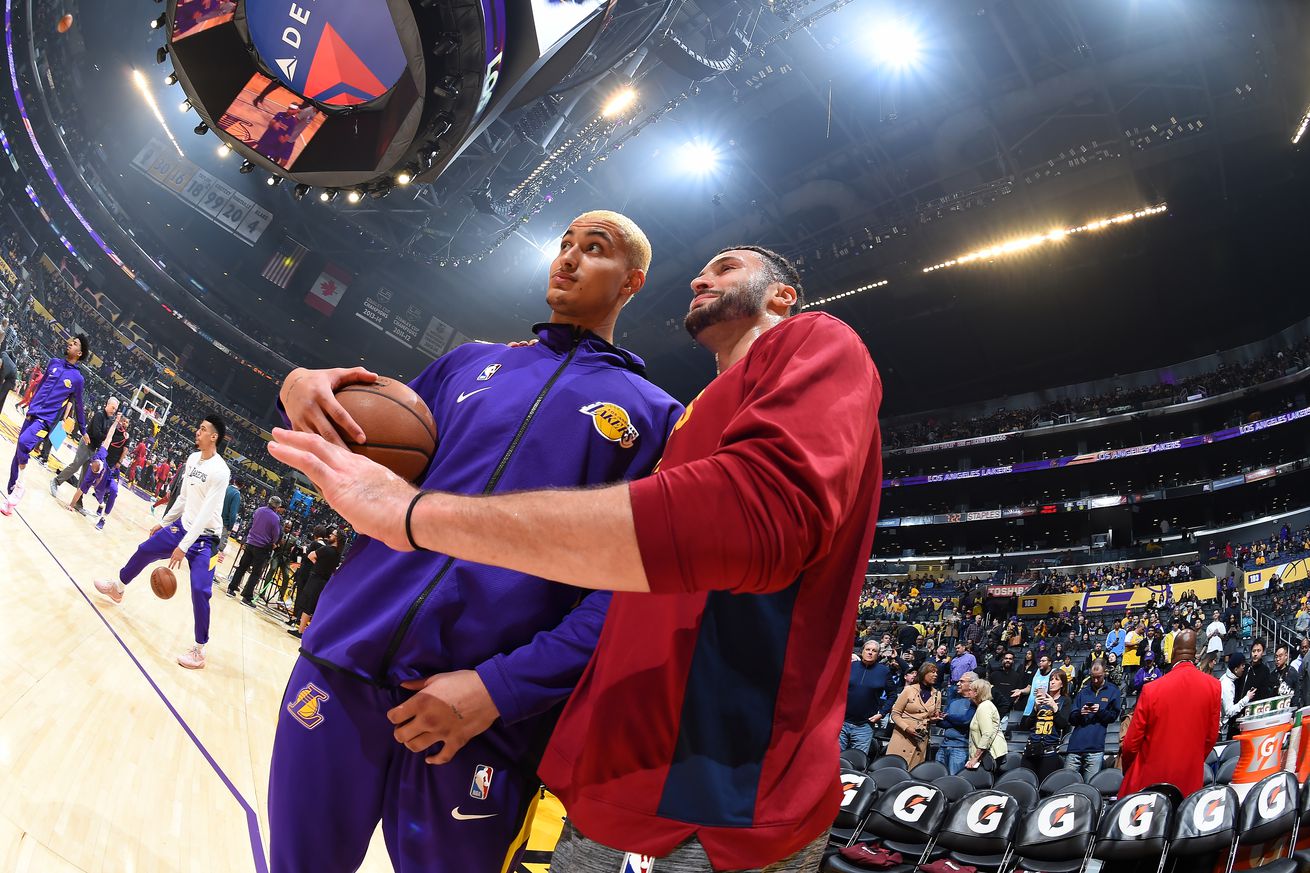 Is Kyle Kuzma available or not? No one can say for certain — not even the Lakers.

We’re just a hair over three weeks away from the Feb. 6 NBA trade deadline and the Los Angeles Lakers are taking calls for Kyle Kuzma — at least that’s what’s been reported over the past few weeks. However, it seems as though some teams — and therefore reporters — are getting different information than others about Kuzma’s availability

In the most recent episode of “Brian Windhorst and The Hoop Collective,” Windhorst said that whether or not Kuzma is on the trade block has been dependent on who’s asked (h/t Honi Ahmadian of Lakers Outsiders):

“Kuzma is their best trade asset and I’m just going to say, there’s conflicting information out there about him. I’ve talked to three or four different teams who told me ‘Kyle Kuzma is available for trade. He can be had.’ There have been reports elsewhere and other people elsewhere have said that the Lakers have indicated they do not want to trade him.”

But while the Lakers are sending out mixed messages, there’s a high probability that both tidbits of information have some truth to them.

The Lakers value Kuzma and think his knack for putting the ball in the basketball can be valuable in their pursuit of a 17th NBA championship. They’re also mindful of the fact that that he’s owed just $5.5 million through 2021. Last season, Kuzma was the only player under contract for less than $2 million to average more than 18 points per game.

That being said, they Lakers are also aware of how small their championship window is with a 35-year-old LeBron James and an impending superstar free agent in Anthony Davis, so if a team makes them an offer that includes a player who’s more consistent and a better fit alongside James and Davis than Kuzma is, they’ll have to consider it. For example, if the Minnesota Timberwolves decided that Kuzma and Avery Bradley was a suitable trade package for Robert Covington, it’s hard to imagine that Rob Pelinka would hang up the phone.

Now, is an offer like that going to come down the pipeline? Probably not, especially when you factor in how financially restricted the Lakers are in trade negotiations this season as a result of the players they re-signed to 1+1 deals last summer.

That doesn’t mean they shouldn’t do their due diligence, though, and it sounds like they know that.

For more Lakers talk, subscribe to the Silver Screen and Roll podcast feed on iTunes, Spotify, Stitcher or Google Podcasts. You can follow this author on Twitter at @RadRivas.