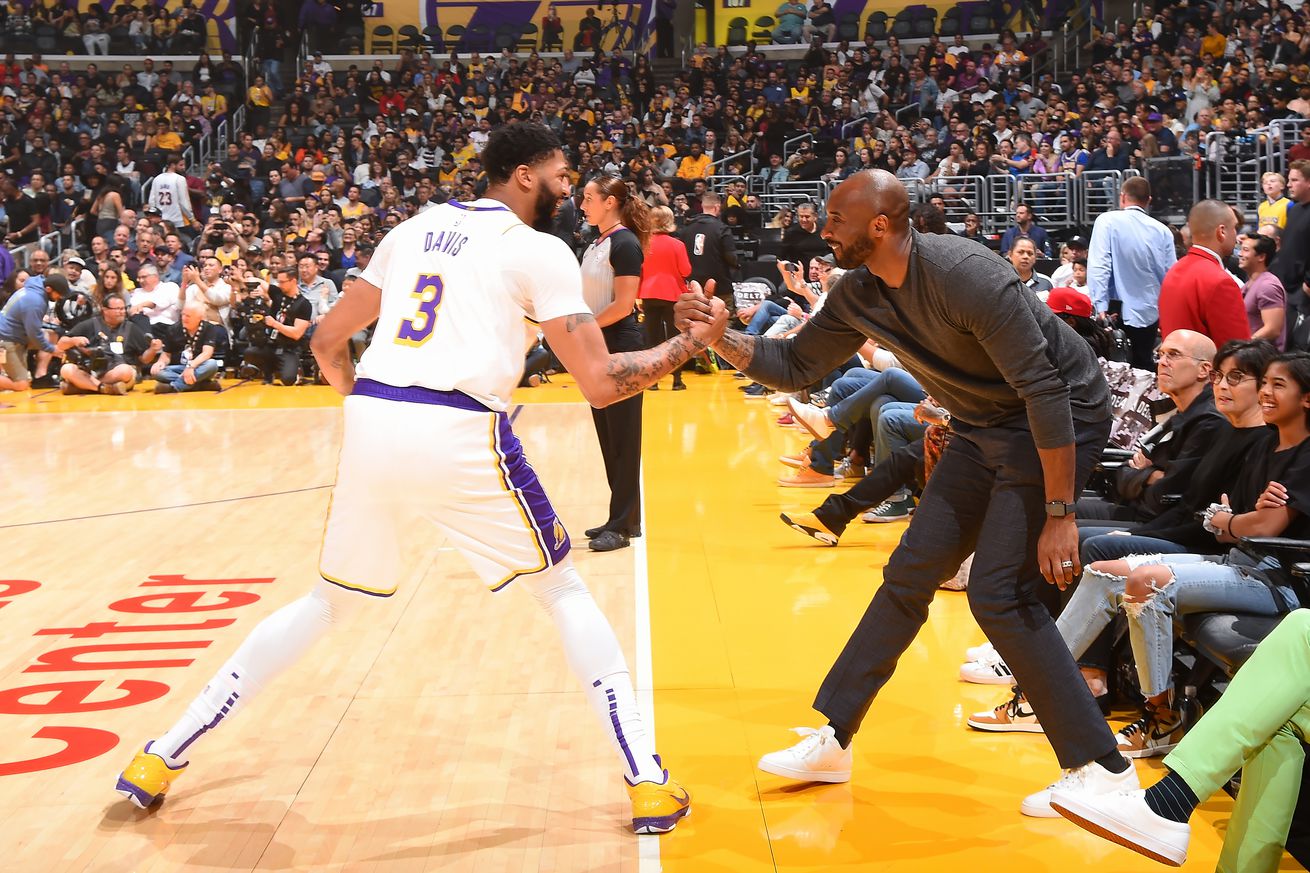 Kobe Bryant was an early believer in Anthony Davis, LeBron James and the potential of this Lakers team.

Ever since the tragic loss of Kobe Bryant earlier this year, it’s been clear that Anthony Davis, LeBron James and their Lakers teammates were carrying Bryant’s memory with them as they chased the 2020 championship.

Frank Vogel said the team “wanted to embody what he stood for.” Going even further, Davis said the Lakers wanted to win the title for Bryant. After they did so last weekend, he was certain their effort would have impressed the late Lakers legend, who Davis said told them that he believed in this team’s potential from the start.

It’s not hard to guess why. Bryant was a longtime believer in Davis’ potential, taking him under his wing at the 2012 Olympics and staying in touch with him for years afterwards. James and Bryant’s relationship as peers was more complicated, but their mutual respect was evident, with Bryant urging Lakers fans to embrace his successor’s greatness at every opportunity, his final tweet a congratulatory message to James for “continuing to move the game forward.”

With those two and a bunch of guys who clearly knew their roles from the beginning, it’s easy to see why Bryant would think this team had the right combination of talent and mentality to get it done.

That confidence was warranted, as the Lakers proved Bryant’s prediction prescient by capturing a 17th title more difficult than he ever could have possibly imagined when he was telling Davis that this was the Lakers’ year. The entire organization was hit extremely and uniquely hard by Bryant’s loss, and then had to last three months in a pandemic-necessitated bubble at Disney World that left Davis and James feeling so isolated they considered leaving. But with a chance at a title on the line, they stuck it out.

One of the things that seemed to help the Lakers keep from feeling like every day — and every game — was some Groundhog Day-esque nightmare was the Lakers’ Black Mamba jerseys. Davis said repeatedly during the playoffs that the team’s “swag is a little different every time we put on those jerseys.”

The Lakers were undefeated (4-0) in the uniforms until a narrow Game 5 loss in the NBA Finals dropped them to 4-1, and Davis chalked that record up (in part) to the jerseys Bryant designed making the Lakers feel like he was with them in spirit.

“When we brought out the Mamba jerseys, we had a different swag. It sucks that we didn’t go undefeated,” Davis said, but he also knows the perpetually ring-hungry Bryant would be happy with how things turned out regardless.

“I know he would rather take this championship than a loss in a Mamba jersey.”

Davis is not wrong, and now that the Lakers have captured a title that the team itself — led by Bryant’s former agent and best friend in Rob Pelinka — clearly wanted to win for the late star, Davis was just hoping that he would have made the man who believed in them from the beginning happy.

“We miss him, and this is definitely for him,” Davis said.

For more Lakers talk, subscribe to the Silver Screen and Roll podcast feed on iTunes, Spotify, Stitcher or Google Podcasts. You can follow Harrison on Twitter at @hmfaigen.