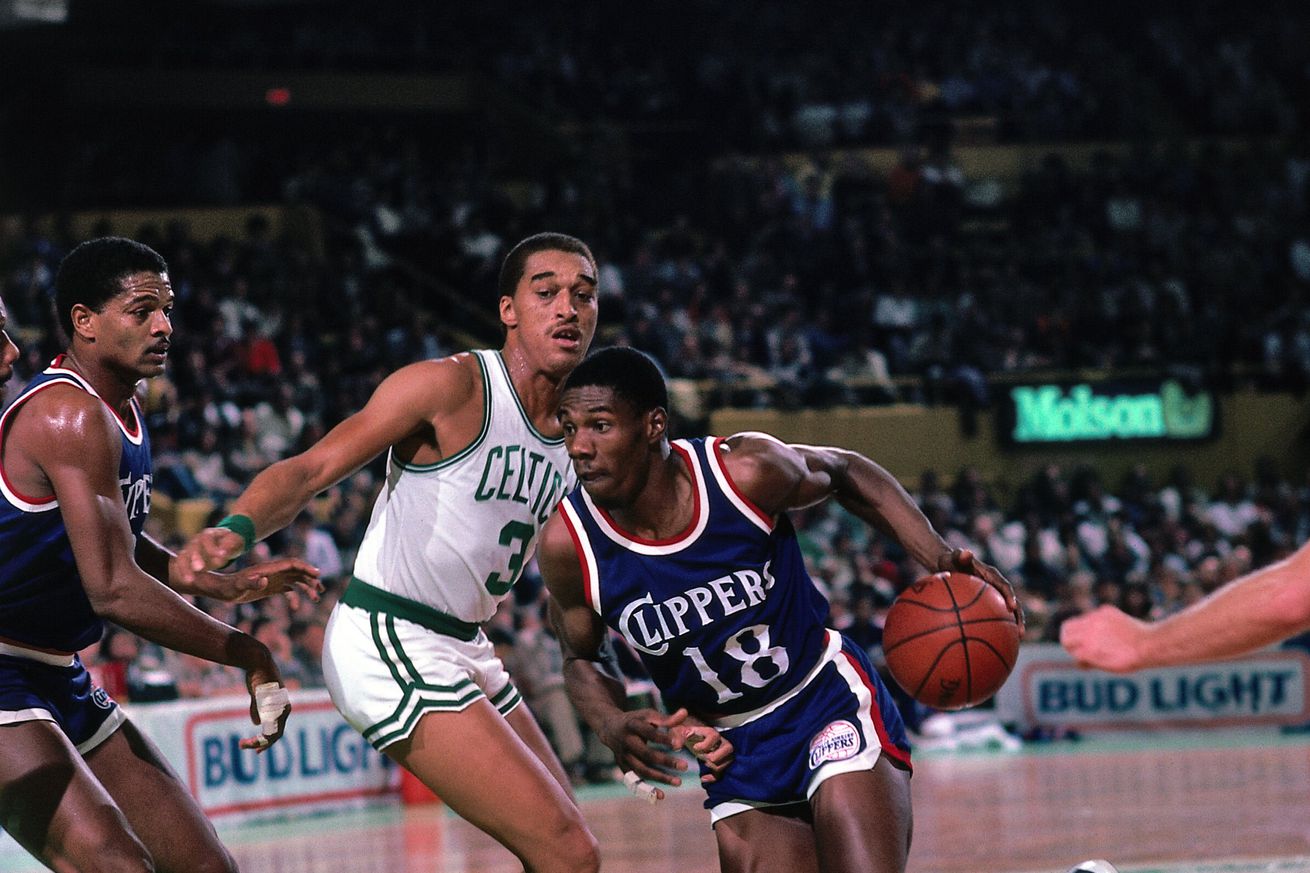 Even if there weren’t only two Clippers to wear the no. 18 in franchise history — and one of them wasn’t Sasha Vujacic for ten measly minutes in 2014 — Derek Smith would demand recognition.

Smith was drafted out of Louisville, where he won a national title in 1980, and played for the Golden State Warriors in his rookie season in 1982-83. He was only 6’6”, but the Warriors played Smith at power forward because he played that position in Louisville when the Cardinals didn’t have any big men. Smith didn’t have the size to compete with other fours in the NBA, and he only saw the court for 154 minutes in 27 games before Golden State released him after one year.

Luckily, Clipper head Coach Jim Lynam took a chance on Smith. He was stunned to discover during an offseason workout that Smith had an impressive outside shot, especially off the dribble. Years later, Lynam told ESPN he instantly knew that he had stumbled on something special.

“I’ve worked out probably thousands of players, and this one is on the top shelf by itself. I walk outside, and there’s a pay phone. I call my wife. I said, ‘Kay, I just had to tell this to somebody: I may have just been hit by lightning.’”

Smith came out of the workout with a minimum contract and joined the San Diego Clippers for his second season as a reimagined shooting guard. At that point, the Clippers had their chosen point guard in Norm Nixon, but Smith was still on the outside looking in for the other backcourt spot until Michael Brooks got injured. He ended up starting the last 19 games of the season, averaging 17.4 points per game while shooting 58% from the field.

Even though he was at a new position, Smith still had the bruising strength from his forward days, earning him the nickname “Rock”. That moniker proved prescient, and by the following season, Smith had become what Ralph Lawler called a “bigger, stronger version of a young player named Michael Jordan.”

That wasn’t hyperbole. Smith exploded in the 1984-85 season, averaging 22.1 points and 5.3 rebounds per game on 53.7% shooting. Along with Bill Walton, Marques Johnson, and Nixon, the Clippers had the makings of a young core.

Smith had his coming-out party in a game against the Chicago Bulls when the then-23-year-old outplayed the rookie Jordan, even though the Clippers lost the game by four. He lost the game, but he won Jordan’s respect. The next time Jordan came to Los Angeles, he said, “Derek Smith is the most underrated player in the NBA. I predict he’ll make the All-Star team this year. He’s got all the tools to be a great player, except for one… He doesn’t have any media attention.”

Smith may not have commanded attention nationally, but he was beloved internally. Lawler called him one of the top 10 Clippers personalities of all time; last season, when The Athletic asked him who his favorite Clipper was, Lawler said:

“The early days in Los Angeles, the late Derek Smith comes to mind. An extraordinary talent whose knee injury kept him from absolute NBA greatness. He was right there with Michael Jordan as a talent in the mid-80s. And then a knee injury stripped him of his skills and explosiveness. But he was an exceptional young man on and off the court.”

The young Clipper seemed poised for an All-Star campaign after his breakout season, but he blew out his knee early in the 1985-86 season. His relationship with the organization soured during his rehab, as the team tried to rush him back early, and he told the front office he wanted out that summer. Smith could never really recover from his injury, and it was compounded by further maladies, and he retired before the age of 30.

Smith sadly died of a heart attack five years later while on a cruise ship with the Washington Bullets and their season-ticket holders. He was an assistant coach with the team at the time.

Derek Smith’s playing career never quite reached the heights he seemed destined for in Los Angeles, but he left a memorable legacy with the Clippers, far more than just the no. 18.