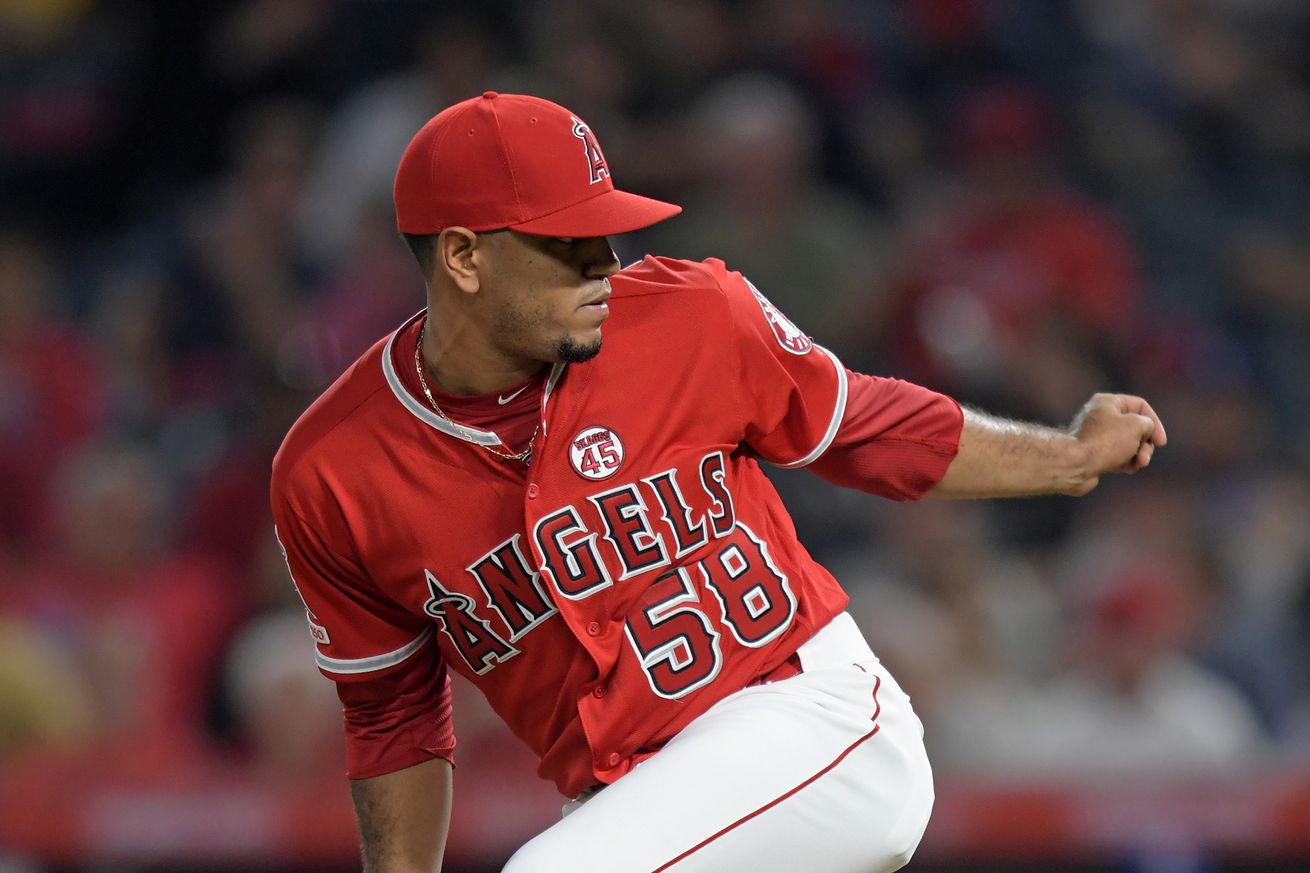 Labor Day weekend and Baseball! All we need now are hot dogs and WINS.

It’s the 2019 Labor Day Weekend. The unofficial end of summer and the verge of losing the exclusive command of sporting news. Lots of beer, burgers and BBQ are consumed over the next 3 days.

In between we get some summer baseball. Not a lot, though. Only a taste. We have the Red Sox in for 3 and, believe it or not, another off day on Monday itself. That makes 4 such days across 12.

So let’s go back to tasting our Labor Day grilling cuisine. Gimme your numero uno, absolute best, go-to grilling food specialty. And, ever inclusive soul that I am, meat is not a requirement (I have a major weakness for grilled shashito peppers).

And in between spatula flips, taste these Working-Shlub-HaloLinks:

A Little Bit Of Angels News

Trout “should be good to go” tonight. Which in AnaheimLand means diddly squat, but the LAA Front Office brought that level of lack of credence upon themselves. Even if Mike does play, we now have our doubts that he is really healthy…………

Mike Petriello gives me the most concise line to define my feelings about every player pumped up as the Next Mike Trout: “…but I’ll take the under on ‘he’ll keep hitting like Mike Trout indefinitely,’ thanks.”……….

Kind of anticlimactic. In predicting what’s coming up within the AL West for the remainder of this season, for us it’s nothing more than Mike Trout is awesome. This we already know………

Forget the Home Run Derby. We have a better (and more meaningful) horse race in Total Runs between Trout and Cody Bellinger……….

Uh, Ok. So what if the PCL inflates numbers on offense? We already know that and we already have non-insider means to account for that and project players into MLB anyway. And MLB Front Offices have even more brains and better tools to figure that stuff out, too. Having inflated numbers is not reason to ignore a chance to call up…………

Jeremiah Jackson is 1 home run away from tying the league single-season record……….

Matt Harvey is NOT going to opt out of his Minor league Contract with the Oakland A’s. Mostly because even though this starting pitcher thing ain’t working out anymore, Harvey thinks that there is some kind of future out of the bullpen….This thought crossed through the minds of our LAA brain trust while he was with us, but they woke up and thought better of it. Makes sense to me. Harvey has a propensity for that One Bad Inning, and against decent teams it would tend to happen in his first 3 innings of work……….

Hurricane Dorian is coming to a Rob Manfred late-season scheduling nightmare near you. Already we are seeing MiLB games being impacted, both regular season and playoffs. Tampa Bay is set to play at home from today through September 8th, with Cleveland up this weekend. That some serious playoff-deciding opportunities right there. Miami is on the road until September 6th, and when they get back they host Kansas City first. So, like, who cares? Milwaukee arrives in Miami on September 9th but by then it will be all over………..

($$) – Here is a moment that makes me feel truly sad for those who do not subscribe. It’s a fantastically interesting article on all the baseballs that MLB is forced to consume in a season, and all the little things that go into why the number is north of 1.1 million. And that is only counting actual MLB regular season game-used baseballs. One example factoid: did you know that “Practice balls become practice balls at birth based on a blemish, a stitch out of place or an off-center stamp, and are separated from the game balls at the Rawlings factory”?……..

Let’s catch up on how all those Trade Deadline deals are panning out, shall we? Sitting on the sidelines as the Angels did has its ups and downs. The down part is where we miss out on an upgrade. For instance, a Zack Greinke or a Tanner Roark. The up part is where we avoid swinging a deal that actually makes things worse. As in Mike Leake……….We could also pause and realize that Dallas Keuchel went ignored for months and months and months……….

Because it’s fun to mock the moments when the world’s best fall prey to the Grand Sport of Fail, we link you to The Worst Swinging Strikes of the Year. And we do so with the hope that the last few weeks will result in a need to post an updated review………

Let’s start with the funny part, which comes via the headline: “Umpire Ángel Hernández Ordered to Undergo Psych Evaluation…”. Now, that is out of context. the rest of that headline reads “…as Part of Racial Discrimination Suit Against MLB”. But that first part IS the most meaningful, especially in the larger picture of which we are aware, which is that Angel Hernandez is as an incredibly erratic umpire with all-too-often nightmare games (the article gives us a classic example). The specific story here is that the judge overseeing Hernandez’ anti-discrimination suit forced the eval as a result of Hernandez finally naming the amount of money claimed as damages. Kind of a “well, if that is how much you think you suffer mentally, let’s have a look” reaction………..

Curious, but possible. Barry Bonds claims he could have batted .400 just by becoming a more avid bunter. That is just ego talking, but I can calculate how that would be possible. Assume that we can ignore his elder, PEDs-fueled, lumbering immobility years. When Bonds had the athletic gift of beating out infield bunts the highest BA he realized was .336 in 1993 (he was still only 28-years old then). In that 1993 season, there were 358 AB’s where he did not get a hit. He had 539 AB’s total, so hitting .400 meant that he needed 216 total hits. Since he actually had 181 hits, he would only need to go 35 for 358, or .097, as a bunter. Of course, the odds of him knowing which of those AB’s would result in fail via normal approach and flipping that particular AB to a bunt would be something of a miracle……….

Two tales of parallel objectives. A Brief History of the Many Times Baseball Has Died reviews that this is not even close to being the first time that so many complained that the sport was fatally flawed…..and MLB hasn’t actually gotten less competitive — at least compared to early 2000s proves that tanking is not as destructive as we believe………….

Say what you will about the abstract of comparing two sets of outcomes, but if Pete Alonso comes right out and tells you that he has a materially different mental experience when batting with runners in scoring position than when he is batting and there are not, then it remains an idea worth considering that the RBI math remains incomplete……….

($$) – This is precisely what we were all warning about when it was announced the ESPN game announcer Jessica Mendoza was getting a job with the NY Mets Front Office, while STILL keeping her gig in the ESPN booth. The article open with an example of Mendoza spilling the beans that the Met’s had put Noah Syndergaard on the market. But it also reveals how players and execs are uncomfortable with the situation. Normally, when one needs to contend with a potential conflict of interest, the benchmark is to avoid even the appearance………..

More updates on that horrible story of Blake Bivens tragic loss of his family. The eventual capture of the suspect reads like some uber-edgy Tarantino scene…..And the accused is now on suicide watch……….

Yes, among many other infamous names, somehow Danny Espinoza is still employed to attempt to play baseball……….

Baltimore is adding extended netting……….The Cubs will get theirs. Next year……….I need to find a list of which teams are haves and have nots……….

Disney has sold off its interest in the Yankees. Amazon was the lead buyer……….

Juan Soto is still 3 years away from arbitration, but the Nationals may be about to make him the next pre-arb bonus baby…………

Thank you, UniWatch. This is not actually an MLB logo misprinted by being backward. It’s more correctly known as the “Max Stassi Version”…………Umpires having a shitty night like Jerry Meals was having are the very reason we need more hot mics in baseball. (Seriously, you have to look at at the PITCHF/x data for Boston pitchers to understand just how bad Meals was.)………Oakland has a runner standing on 3B. Batter pops out to 3B. Umpire awards runner home plate. Out recorded, no error, no hit, (eventual) winning run scores. You don’t see that every day. It was in Kansas City, though, so if nobody is there to see something that almost never happens, does the universe fold?……….